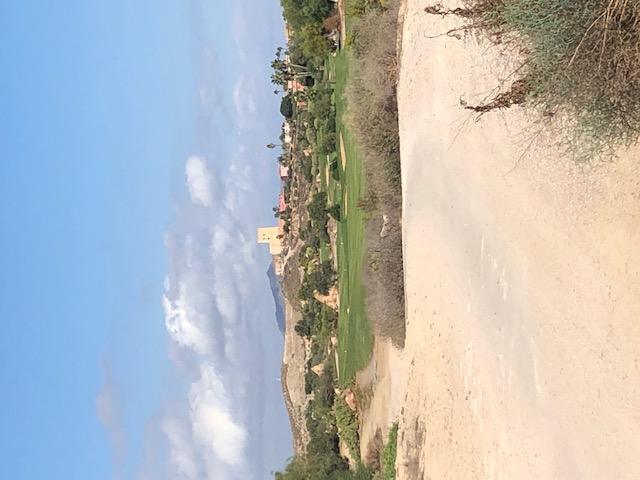 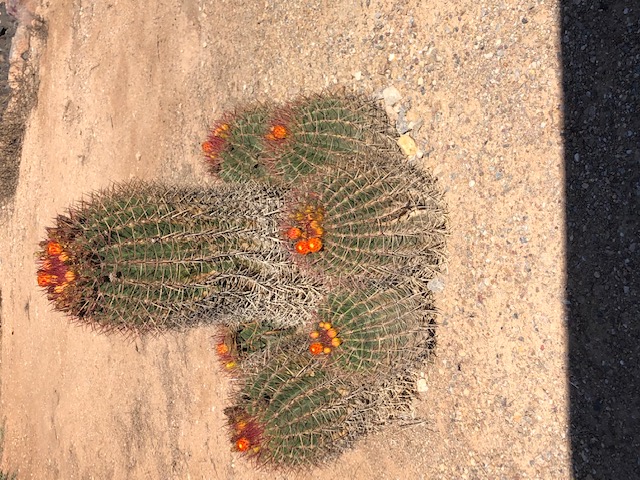 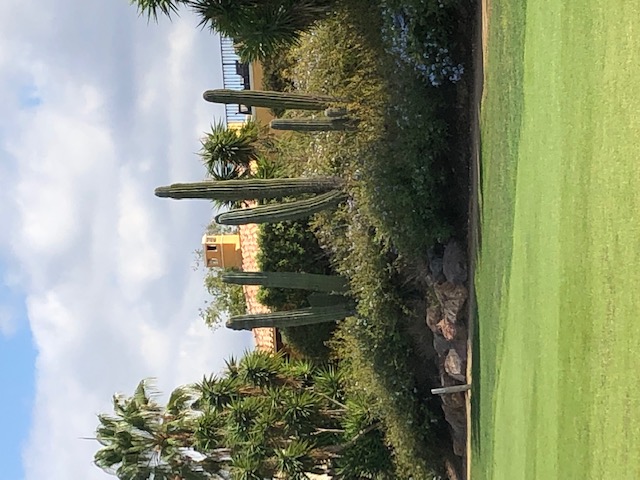 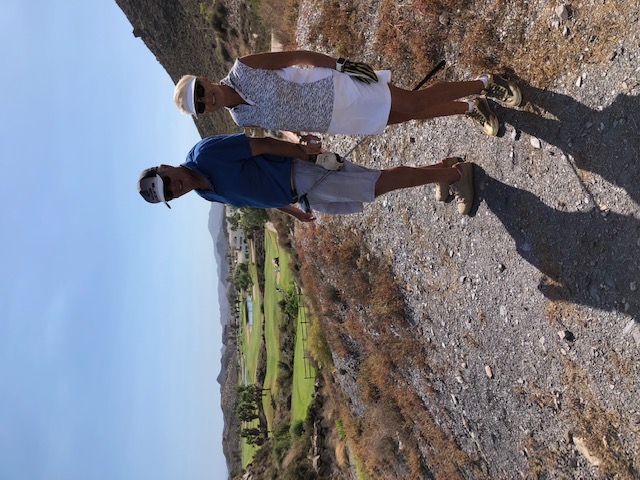 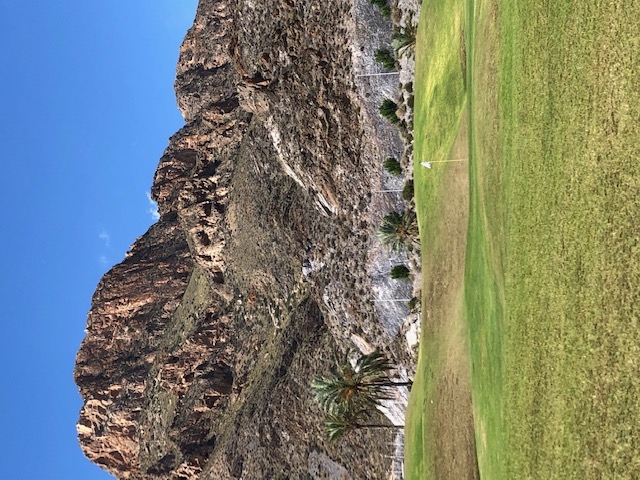 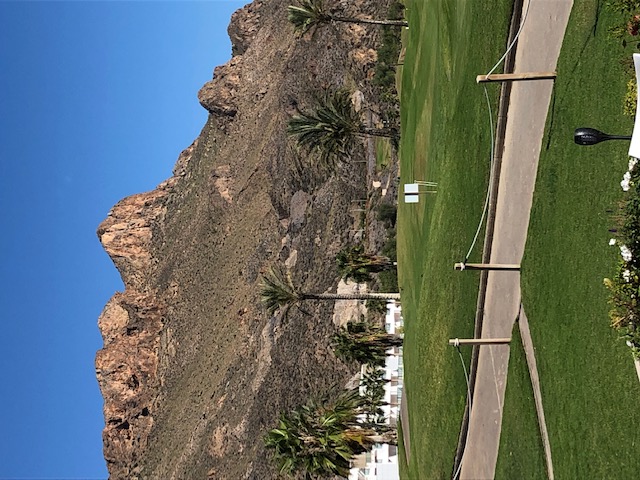 Some of us met the Monday evening before the golf on Tuesday, in the bar at Valle del Este. An early start on the fun with a few Gin and Tonics, beers and the cocktails. Celia wanted Sex On The Beach but Keith Price thought the walk too far!

A Glee of Golfers continued to meet throughout Tuesday morning, some not having seen each other for a long time. (The correct collective noun is a Swing of Golfers but I thought that if anybody heard we were swingers meeting they’d have raised their eyebrows and sniggered. I am correcting that collective noun to a Slice of Golfers especially after I witnessed a few disastrous drives and fairway shots!) Dave Collie arrived fresh faced and no hangover for a change. Did the three hour drive down south sober him up or did he really have an early night Monday? We were on the lookout for Moe F and there was some concern that he’d miss the exit as his brakes aren’t that good. There was already a discussion amongst folk who thought that we were leaving straight after the golf on Thursday as didn’t have enough underwear packed. President Roger Miller asked if people actually read their emails and committee meeting minutes!

The first game at Valle del Este, like all games this week, was a team game, this one being an accumulator with three scores to count. A fabulous desert style golf course surrounded by volcanic rock and with stunning elevated tee positions. I think Moe F wished he’d driven down the night before, or indeed driven straight past the golf today. Let’s not talk about the golf drives although I will mention that Hans B found that one only straight drive on the 18th fairway. He resembled a mountain goat at times running up and down scrubland and hills looking for lost balls. Thank you Hans as I’m sure it’s down to you that dozens of balls were found and played.

Day 2.  4 ball Texas Scramble at Aguilon
Aguilon is described as the best desert course in Europe. Fabulous cowboy mountain views and backdrops to our golf. It was just like being in Texas and most of us scrambling for our balls as well. We expected John Wayne to coming racing on his horse over the headland being chased by a group of Red Indians. I’m sure most heard the holler from me as I was stung by a wasp. (thankfully not a scorpion). It crept inside the arm of my dress and I did a rain dance trying to dislodge it. Colin Grant refused to lift my dress to help me look for it claiming that his 30 years as a publican taught him to only touch someone who was either dead or dead drunk.. he couldn’t risk the publicity. The wasp managed to escape eventually and the adrenalin rush I’m sure helped my game. This is Lyn’s first experience of golfing in the away trip as usually she joins some of the ladies sightseeing and shopping instead of golfing. Lyn managed combine the pro shop for goodies as well as being on form with her putting. The Queen of the putter for our team today. Well done Lyn. A very close game with not much between the first and the seventh! Well done everyone.

Day Three- A Waltz at Desert Springs
Desert Springs has its fairways set amongst massive rocky outcrops, arroyos and dry stony riverbeds with spectacular cactus, mostly full of holes either from the cowboy shootout or the wayward golf balls. This course was demanding and challenging for the best of players with more prickly lies for balls than you could shake a golf stick at.

The first par five was a toughie for most of us with Brian B the first player on the tee striking his drive straight at a tree and coming back to somewhere in a garden  some 50 ft behind him. A lost ball to start, not a good omen. Roger J, I have your lost yellow ball that was found embedded in a cactus near us. Only joking… we found your ball on the green we were playing up to as you disappeared a long way from us over the horizon on an adjacent hole. Paul Sankey lost two balls that were bound to have landed on the fairway. They were seen to drop and we can only imagine they were gobbled up by snakes or taken away by the scorpions to nest over!
I think most of us collectively agreed that Desert Springs was one of the toughest and least enjoyable courses of our tour, with so much desert ground and obstacles in the way of a pleasant game. Campbell L who recommended this course to the Levante society, owes us a few boxes of balls and if I ever return to Desert Springs it will be with a JCB to dig it up!

Keith Price missed his reflection in the glass sliding door in the clubhouse before the game and smacked his right wrist on the counter behind him as he bounced back. His bandaged bloody hand must have been painful and there were some of us thinking that you slashed your wrist after the game such was the pain of it.

I heard Alan S promised his team a private(s) viewing if all his team landed their drives on the green over the water on that tricky par three. They’re still waiting …..i don’t think he expected that!

A team change so that Moe could set off early after the game meant that Hans B was swopped with him and Hans was subsequently on the winning team… when he could have been last in the original line up. That was lucky for your team Hans although we sent the Army in undercover (Dave Collie) to report that Handicap Master wanted to include your scores in the original line up. Just joking winning team…

I think we can conclude that it was a successful tour even though the Los Alcazares hotel was missed by many. Anne Edwards said that those of us who hadn’t experienced it missed the great happy hour there each evening (g and t at only a few euros I believe) and the great dancing and music.

The buffet style dining was a treat to many here after nearly two years of not being able to serve ourselves. The reports of the delicious corn bread and brown bread rolls at breakfast and the broad beans and sprouts were a delight for a few if not the many. Cheers again to the committee for the upgraded fine wine on our last night.

A special thank you to Captain Don and all the organisers and we look forward to a replay next year…..Just miss out Desert Springs

I forgot to add Dave Collie’s thanks for all the fund raising for the British Legion in Spain .. all the winners money plus 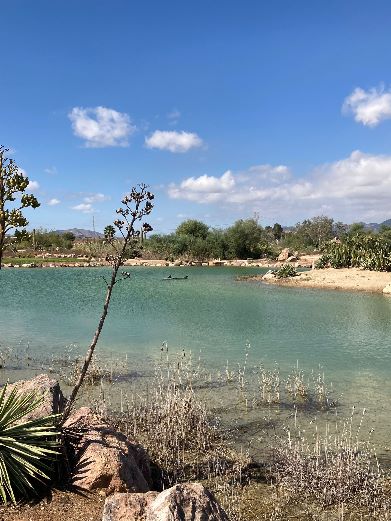 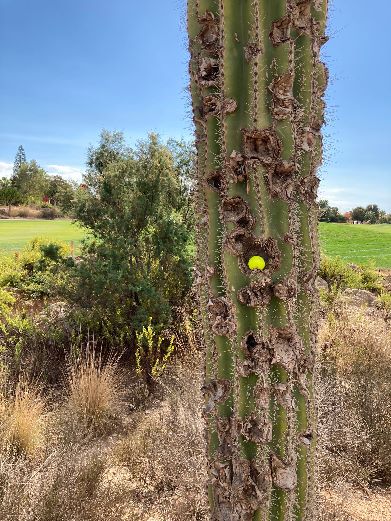 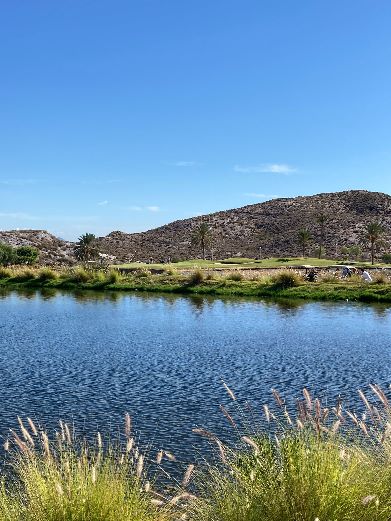 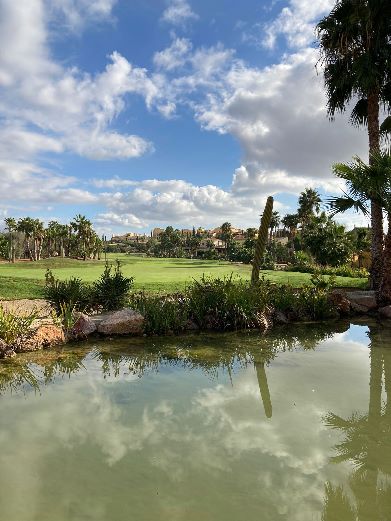 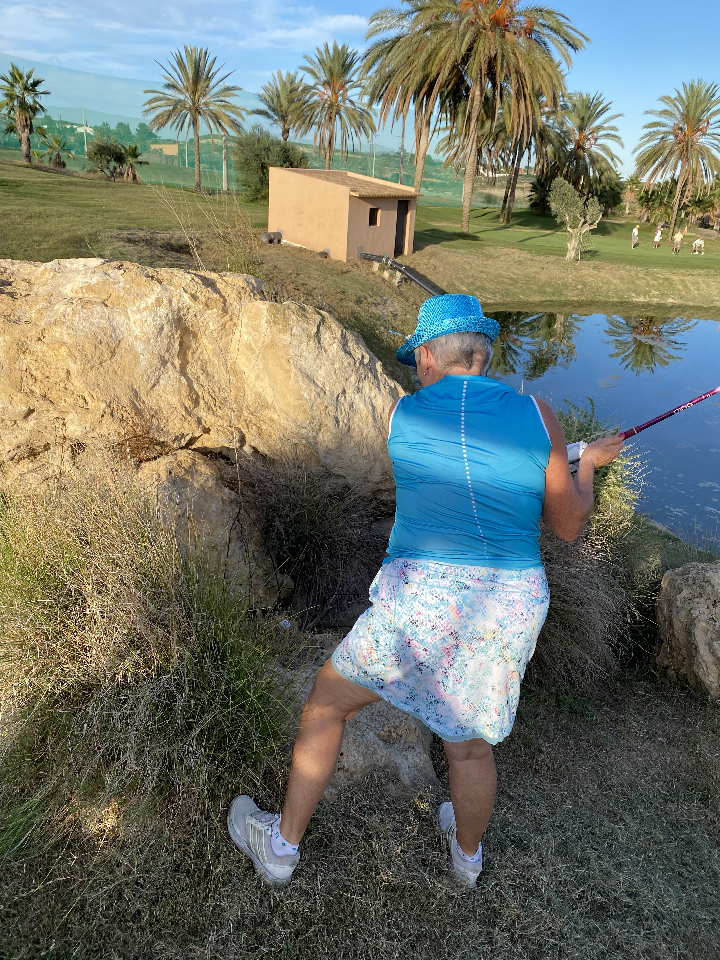